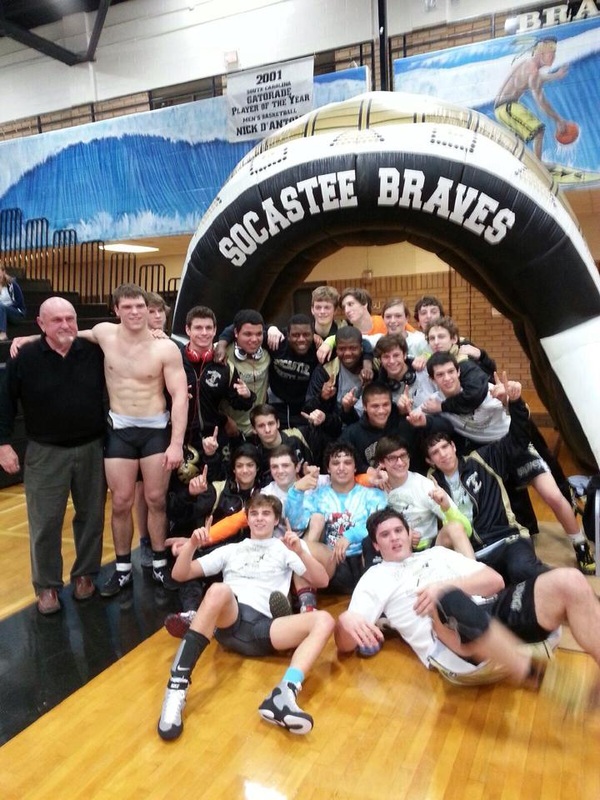 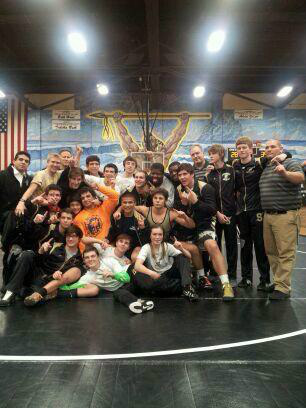 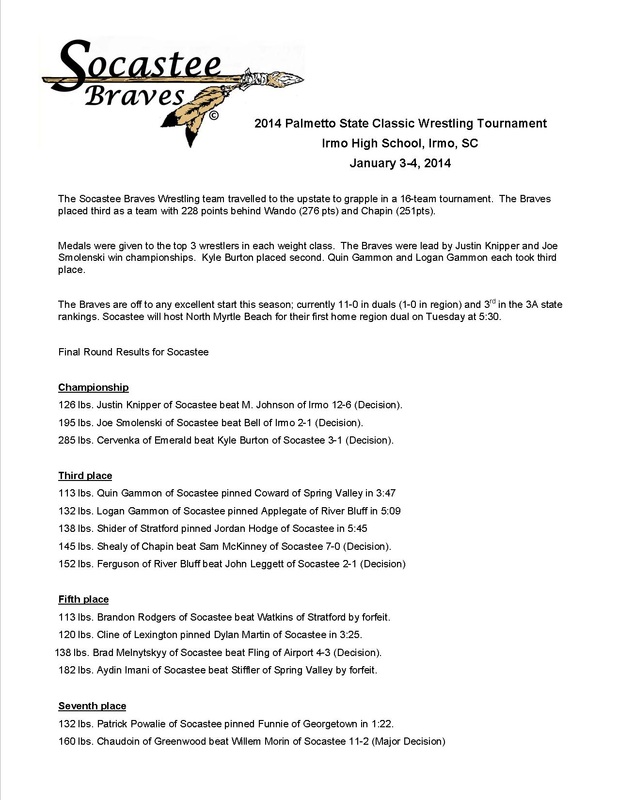 Download File
The Braves Wrestling team is coming off a banner year which included a region title, a lower state finals appearance, and a third place finish in the state tournament. Also, we had four state placers, two of which were crowned state champions in their respected weight classes.

During the offseason, a record number of wrestlers attended camps and clinics throughout the Southeast. The Braves also hosted several of their own wrestling clinics, one of which featured Lou Rossellie, the assistant wrestling coach of the Ohio State Buckeyes. Between camps the team lifted weights and participated in Crossfit-style exercises in an effort to strengthen their bodies for this year's long, 17-week wrestling schedule. Considering the hard work they put in over the offseason and the fact that 9 of the 14 starters are returning, we are expecting big things for the 2013-2014 season.

This year's season gets off to a quick start with the Hawk Invitational Tournament during the first week in December. From there, we wrestle every weekend until the end of January. During that time we will see the best wrestlers from North Carolina, South Carolina, and Georgia, and it is sure to be one of the toughest seasons Socastee has had on the mat. Make plans to attend a home match -- it is sure to be exciting!