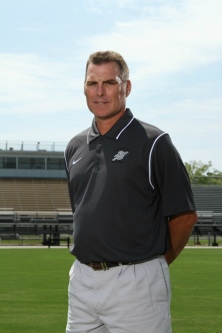 Hunter had a great week at the NC-SC Shrine Bowl game in Spartinburg SC , played Saturday, Dec. 21st at Wofford University Stadium.
SC beat NC 28 -23! Hunter wore #1 jersey, played receiver and was the the starting holder for PATs/FG's. He was also a starter on the Kickoff team.  At receiver, Hunter had 1 catch for 12 yds.
Hunter and his dad, Athletic Director Tim Renfrow, have a part of history in the SC-NC Shrine Bowl game. Both father and son played in the SC-NC Shrine Bowl!! His father also played in the Shrine Bowl back in the 1800's.....haha, no it was 1979 and the SC team also won!
Hunter represented Socastee High school very well and was only 1 of 40 players selected across the state to play in this event!